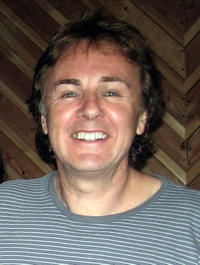 Studio City Pets was created by Steve Holroyd. His love of dogs began in his hometown outside of London, England, where, as a child, his constant companion was his German Shepherd, Sue.

Steve's understanding of dogs' physical and social needs, his ability to provide responsible and reliable care for them while at the same time allowing them to play and interact to their hearts' content, inevitably lead to his decision to create his own company, and Studio City Pets was born.

“No animal should ever jump up on the dining room furniture unless absolutely certain that he can hold his own in the conversation.”
Fran Lebowitz